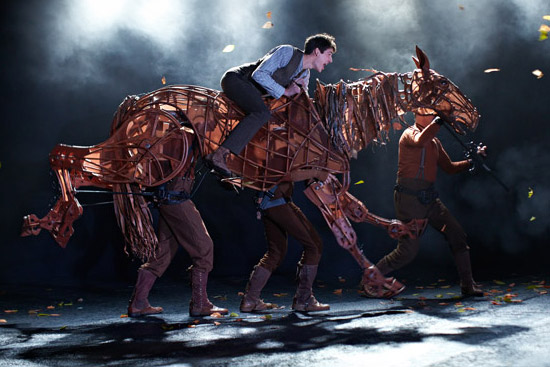 The stage production of “War Horse” is coming to New Zealand for a four-week season.

The acclaimed show, based on the 1983 children’s book of the same name by Michael Morpurgo and adapted into a feature film by Steven Spielberg, will be staged at the Aotea Centre, in Auckland, from August 20 next year. 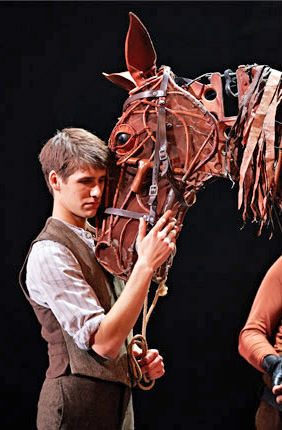 The show will tour here after completing seasons in Melbourne, Sydney and Brisbane.

The play features life-size horse puppets, one of which made an appearance in Auckland’s Aotea Square yesterday to promote the production.

Since its world premiere in London in 2007, “War Horse” has won numerous prestigious awards, including two Laurence Olivier Awards, five Tony Awards and four Outer Critics’ Circle Awards, among a host of others.

The Handspring Puppet Company has also won many accolades, including a 2011 Special Tony Award, for the horse puppets used in the production.

Nick Stafford’s stage adaptation of Morpurgo’s book tells the heart-wrenching story of Joey, the beloved horse of a boy called Albert, who is sold to the cavalry at the outbreak of World War 1 and shipped to France.

Joey is soon caught up in enemy fire, and fate takes him on an extraordinary odyssey, serving on both sides before finding himself alone in No Man’s Land.

But Albert cannot forget Joey and, still not old enough to enlist, he embarks on a treacherous mission to find him and bring him home.

At its heart are the astonishing puppets, strong enough for men to ride.

“War Horse is a life-affirming story about friendship, courage and family, which appeals to all ages,” says Chris Harper, producer with the National Theatre of Great Britain.

“This is a production that brings the family together. We get people coming back again and again, and they always have the same reaction. It awakens something in you.”

Ticketing information is available at

» The male survivor’s guide to “War Horse”. This was written for the movie adaptation, but the same stuff applies.