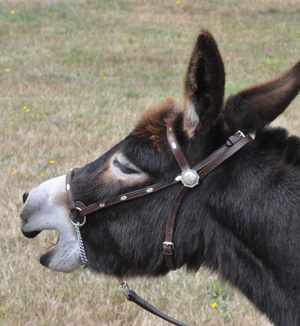 Donkeys hoping for a few extra rations to reward their hard work in nativity scenes this year might be out of luck.

The bad news comes with the publication of the Pope’s latest book, The Infancy Narratives, in which he points out that donkeys got no mention in the Bible as being present at the birth of Jesus.

The addition of a donkey to nativity scenes is an enduring tradition that is not based on the word of the Bible, it transpires.

However, even the Pope acknowledges that donkeys are here to stay in nativity scenes.

The Vatican has launched the third and final book in the Pope’s Jesus of Nazareth trilogy, which went on sale on Wednesday. It deals with the life of Jesus up to the age of 12.

The book has an initial print run of 1 million and was released simultaneously in 50 countries, in seven languages. It is expected to be translated into 20 other languages.

The book, defined by the Pope as a “small antechamber” to the trilogy on Jesus of Nazareth, is 176 pages long and comprises just four chapters, an epilogue and a brief foreword.

It is chapter three that centres on the birth in Bethlehem and the historical context of the arrival of Jesus.

The Pope points out that both the ox and the donkey are nowhere to be seen in the gospels when it comes to the scene portrayed in the bible.

There is no mention of animals at the birth scene in the bible, the Pope states matter of factly, suggesting that references to the ox and the donkey in other parts of the Bible may have inspired Christians to include them in nativity scenes.

Despite the papal setback, donkeys need have little fear. Even the Vatican includes animals in it elaborate nativity scene in St Peter’s Square each year.

6 thoughts on “No biblical basis to donkeys in nativity scenes, says Pope”