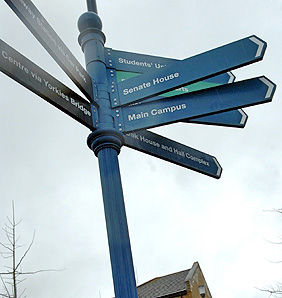 A new veterinary school will open in Britain in 2014, but the venture is worrying the British Veterinary Association (BVA).

The University of Surrey said its new  School of Veterinary Medicine would be constructed around the theme that human and animal health were intrinsically linked.

The school intends to have its first student intake in 2014.

The university said the school’s curriculum would include development of a unique research-led veterinary medicine degree programme with an emphasis on research, veterinary pathology and livestock medicine.

There are currently seven veterinary schools in the country.

But BVA president Peter Jones said news of the new veterinary school would be of significant concern to its members, particularly veterinary students and recent graduates.

“We are already seeing an increasing intake of students at the existing veterinary schools.” Jones said.

Another veterinary course would place even more graduates on the veterinary employment market, he said, putting significant pressure on the employment prospects of individual graduates.

“The end result could be an oversupply of highly qualified veterinary surgeons carrying significant amounts of debt unable to find employment within the profession.

“New graduates are already reporting difficulties in finding their first jobs, with some saying that it takes 6 to 9 months,” he said.

“Last year the veterinary profession was removed from the Home Office’s shortage occupation list because it became apparent that we currently have sufficient veterinary surgeons to meet demand.

“Another veterinary course could tip the balance too far the other way.”

Jones said news of the new course shows that a greater oversight of the number of veterinary graduates coming on the market was badly needed to properly plan future requirements of the veterinary profession in Britain.

The Dean of the Faculty of Health and Medical Sciences at the university, Professor Lisa Roberts, said the university was ideally placed to offer veterinary training.

“As a research-intensive university, we have the expertise, reputation, technical and business skills which our students can benefit from, allowing us to train the veterinary leaders of the future.”

Professor John Fazakerley, who directs The Pirbright Institute, which collaborates with the university on research that benefits animal health and welfare, said: “This is good news for the UK veterinary research community. There is an important place for trained veterinarians in scientific research and we are delighted that the University has decided to emphasise these areas in particular.”

Professor Andy Durham, of the Liphook Equine Hospital, said the new school was ideally timed to provide an alternative to the traditional veterinary education and to respond to the demands of a changing profession with fresh plans, ideas and enthusiasm.

The university has already laid the foundations for the new school through its expansion of teaching and research activities in its Faculty of Health and Medical Sciences, including the launch of the BSc programme in Veterinary Biosciences in 2009 and in October of this year a new MSc in Veterinary Microbiology.  A new MSc in Veterinary Pathology is also currently under development.

Over the next 12 months the university will be recruiting new academic staff and attracting the first student intake.

2 thoughts on “Britain to get new veterinary school”