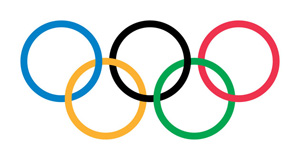 The International Olympic Committee has awarded the BBC exclusive broadcast rights in the United Kingdom for the 2016 Olympic Games in Rio De Janeiro, Brazil.

Rights were also awarded to the BBC for the Winter Games of 2014 in Sochi, Russia and the 2018 in Pyeong Chang, as well as the 2020 Olympic Games, which have yet to be awarded to a host city.

The BBC has acquired the broadcast rights across all media platforms, including internet and mobile.

IOC President Jacques Rogge said: “As the host of the London 2012 Olympic Games and the birthplace of many Olympic sports, the UK is a very important nation for the Olympic Movement. The BBC is a world-renowned media organisation with which we are proud to have worked for many decades, including for the upcoming Olympic Games.  We are delighted that the BBC will continue as our partner beyond London 2012, providing fantastic free coverage of the Olympic Games to the widest possible audience in the UK across a variety of media platforms.”

IOC Vice President Thomas Bach, who led the negotiations, commented: “The BBC consistently does an excellent job of broadcasting the Olympic Games, so this long-term agreement is very good news for sports fans in the UK. From a commercial perspective, we adapted our traditional broadcast rights approach in Europe for the 2014-2016 cycle and beyond, and have negotiated several key European territories directly. This announcement is significant as it completes the IOC’s direct negotiations for the 2014-2016 period in Europe.”

Mark Thompson, Director-General, BBC said: “I’m delighted that the Olympic Games will continue to be broadcast exclusively on the BBC into the 2020’s. It’s terrific news in the days before BBC Sport begins to cover the London 2012 Games and a tribute to the enduring partnership between the BBC and the Olympic Movement”.

The 2020 Olympic Games host city vote will take place at the 125th IOC Session in Buenos Aires, Argentina, in September 2013.