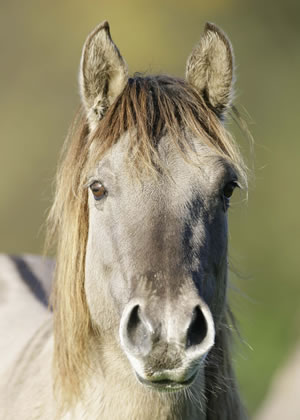 A rare breed of horse once at the centre of Nazi experiments has been recognized as a key part of plans to restore delicate wetlands.

It is now acknowledged that the grazing habits of the rare Konik breed – the name meaning small horse in Polish – play a crucial part in helping to make wetlands more habitable for other species.

They are a highly unusual breed, descended directly from the Tarpan, the wild European forest horse hunted to extinction in Britain in Neolithic times.

Tarpan survived in central Europe until the late 1800s when the last were captured in the primeval forest of Bialoweiza, Poland, and taken to zoos. The last died in 1910.

The Konik breed have a story which is nearly as harrowing as the Tarpan.

In the early 20th century, Polish scientists noticed Tarpan-coloured foals – mouse grey overall with zebra stripes on their legs and dark manes and tails – were still being born to domestic mares in herds where Tarpan had formerly ranged.

It was also noticed that they turned whiter over winter – another Tarpan trait.

They selected these and back-bred them successfully over generations to recreate the extinct forest horse. 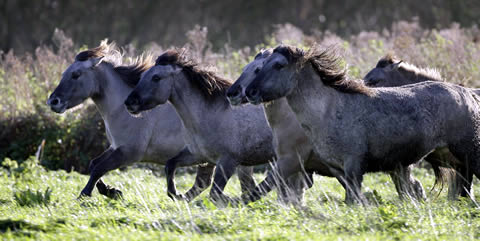 Between the two world wars, German zoo directors were supported by senior Nazi party officials such as Herman Goering in their effort to recreate these primeval horses. The Tarpan featured heavily in German folklore and their recreation through racially selective back breeding supported the Nazis eugenic race theories.

After the Nazi invasion of Poland, whole herds were stolen and transported back to Germany where matters took a darker turn, the horses becoming part of genetic experiments trying to back-breed a German Tarpan. The horses were sadly eaten by the starving population of Berlin and Munich when the Russians invaded in the final days of the war.

Polish scientists looking after wild horse herds managed to protect some, and after the war the protected herds were allowed to repopulate the national parks of Poland under Soviet occupation.

When the Iron Curtain fell, conservationists were at last able to transport the wild horses to national parks across Europe.

Wildwood Trust pioneered the re-introduction of these horses to Britain in 2002. It brought the first ever of their breed to arrive in southern England and these horses and their offspring have been helping to restore some of the most precious national nature reserves in the UK.

Since this time, conservation grazing projects throughout Europe have used the Konik horses for wetland grazing projects. The former habitat of Tarpan was marshy woodland where their grazing activities help create ideal living conditions for a host of associated wildlife such as rare geese, spoonbills, bitterns and corncrakes. 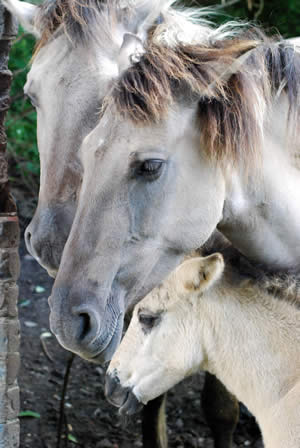 The project to restore them to Kentish wetlands is a joint venture between the Wildwood Trust, near Canterbury, English Nature and Kent Wildlife Trust.

At present, most of the trust’s herd are grazing at nature reserves around the county. Wildwood Trust runs Woodland Discovery Park, a visitor attraction which forms part of their strategy to save native and once-native wildlife from extinction.

Wildwood includes a forest enclosure where Konik horses retired from the trust’s main herds can spend their days, providing the many visitors with a good look at the remarkable breed.

Horsetalk expresses its thanks to Wildwood Trust for information about the Konik and Tarpan breeds. First published July 18, 2007.