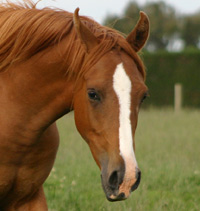 Tulsa, Oklahoma, will host the US  National Arabian & Half-Arabian Championship Horse Show for the next five years, in a deal said to be worth $US175 million to the local economy.

The deal was announced on Tuesday afternoon in Tulsa’s Expo Square by city leaders and horse show officials.

The annual show has been staged in Tulsa for the last five years, and is worth more than $US35 million to the local economy each time it is staged.

The 10-day shows lures visitors from all over North America.