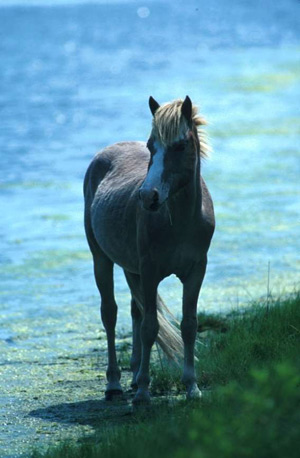 Equine advocates are planning a live webcast of a press conference to address what they call the explosive issues surrounding horse slaughter and wild horses and burros.

The groups are planning the interactive conference to counter a nearby horse gathering which they believe will include the promotion of horse slaughter.

The groups have cheekily named their event “The Summit of the Live Horse Press Conference”, in a swipe at the Summit of the Horse, which will be taking place little more than a block away in Oklahoma City.

The conference will take place on April 3 at Holiday Inn, Will Rogers Airport, from midday to 1pm CDT.

The groups behind the conference noted the push to open horse slaughter plants in several states, following the removal of language from an agriculture appropriations bill late last year which opened the door to the resumption of slaughter.

“Any responsible horse owner, as well as any concerned taxpayer, should be petrified about what could happen next,” said Respect4Horses director Simone Netherlands, who is organizing the press conference.

Netherlands said the press conference would bring directors and equine experts from the largest animal and horse welfare organizations together as one united voice for the future welfare of the American Horse, both domestic and wild.

Participants include, but are not limited to, the Humane Society of the United States, the American Society for the Prevention of Cruelty to Animals, The Cloud Foundation, Respect4Horses, Animal Rescue Unit and the Wild Horse Freedom Federation.

Panel members will include: