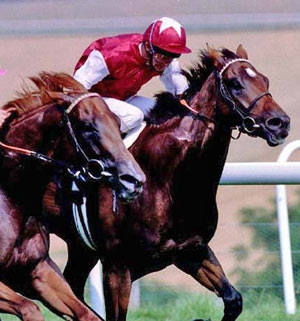 The lengthy Times report, entitled “Mangled Horses, Maimed Jockeys” explored the circumstances around the horse toll within the racing industry.

It found that industry practices continued to put animals and riders at risk, saying its inquiries “showed an industry still mired in a culture of drugs and lax regulation and a fatal breakdown rate that remains far worse than in most of the world”.

Humane society president and chief executive Wayne Pacelle, writing in his blog, A Humane Nation, said he wrote a story 22 years ago for a magazine about US racing, noting a lack of  national regulatory authority, widespread drugging to allow injured horses to race or to enhance their performance,  unforgiving track surfaces, breeding practices that valued speed over physical soundness, and all-too-frequent breakdowns.

He said last Sunday’s Times  report showed  horse racing had not cleaned up its act in the last two decades.

“In fact, they argue that the industry is worse than ever for horses, with 24 horses dying on the track every week. Jockeys are also being injured and killed at unacceptably high rates,” Pacelle said.

“All of this amounts to a kind of fraud; the people putting money down on horses have no idea what medication is being administered to the animals, and they have little comprehension of the terrible toll of injury and death involved.”

Pacelle noted the Times report did not touch on  the discards from the racing industry – horses that end up in the slaughter pipeline.

“Thousands of thoroughbreds and quarter horses, no longer performing adequately on the track, are sold off to killer buyers and shipped in cattle trucks to Canada and Mexico.

“The Times story also did not cover the massive overbreeding of horses, and how so few of these horses succeed on the track. The horse racing industry is producing more horses than people can take care of, and that’s providing an opening for the horse slaughter industry.”

Pacelle said it was time to add the reform of horse racing to the positive agenda for horses, “since the industry has failed to regulate itself after a series of high-profile incidents, such as breakdowns by Barbaro and Eight Belles”.

“The New York Times story will be another blip on the screen unless we look to drive lasting change.”