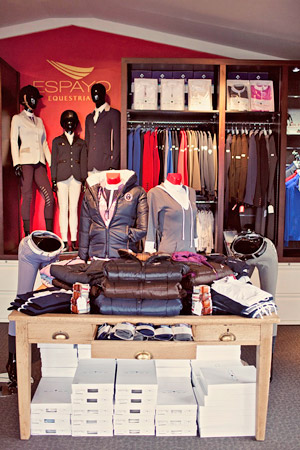 British Dressage is teaming up with equestrian fashion retailer Espayo Equestrian in a sponsorship deal for the 2012 National Championships  in September.

The Championships are the pinnacle of national dressage sport in Britain, with 24 titles up for grabs across the levels.  The Espayo National Championships are run on the show ground which British Dressage calls home, Stoneleigh Park near Kenilworth in Warwickshire,  from September 13 to 16.

“We’re excited to welcome Espayo Equestrian on board and honoured they’ve chosen us as their first major sponsorship partner,” said BD Chief Executive Amanda Bond.  “Their belief in elegance and style really fits with dressage so it’s a perfect match.  It was a bumper year for the Championships in 2011 and plans are well under way to make the 2012 Espayo National Dressage Championships the best ever!”

Espayo Equestrian recently opened its first store in Mappleborough Green, Warwickshire, and caters to both the amateur and professional equestrian shopper. The British National Championships is the first major sponsorship deal undertaken by the company since its launch in December 2011.

Director Jack Eaves said: “We’re delighted to be supporting British Dressage in such a major way. As an ambitious company, we can’t wait to showcase our stylish collection of European brands to the dressage audience. We guarantee they will set new standards in quality, style and elegance; we stock the very latest cutting edge fashions in equestrian clothing and accessories and we look forward to welcoming more customers in the future.”