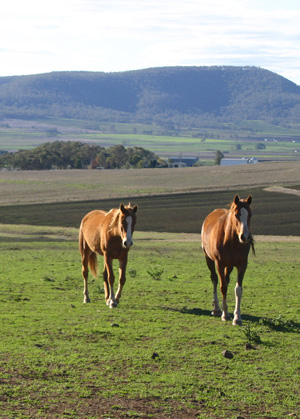 The US Food and Drug Administration (FDA) is being petitioned to prevent  former companion, working and competition horses from entering the human food chain.

Front Range Equine Rescue and The Humane Society of the United States say the FDA does not adequately regulate what they describe as  potentially toxic meat from these sources.

Their petition says some drugs given to these horses throughout their lives are banned by the FDA because of their risks to  humans.

“Using these horses for human consumption creates an unacceptable and illegal public health threat under the Food, Drug and Cosmetic Act,” the groups said.

They said current FDA rules do not require sufficient testing or documentation to ensure that former companion and other non-livestock horses slaughtered for human food do not contain or have not been administered prohibited substances. Among such prohibited substances is the anti-inflammatory drug phenylbutazone, also known as bute, which has no safe withholding period.

“The ‘killer-buyers’ who acquire these horses typically have no concern or knowledge about the horses’ prior history before shipping them off to inhumane deaths in slaughter facilities,” the groups said in a statement.

“Unlike cattle, pigs, poultry, and other livestock, which are raised on the farm, horses are swept up by a predatory industry from a variety of sources — former racehorses, carriage horses, family ponies, and others which are routinely given drugs and medications not fit for human consumption.

Front Range Equine Rescue president Hilary Wood said: “The slaughter of American horses for meat is an unnecessary and tragic end for these icons of our nation’s history.

“Horses are treated with many different drugs throughout their lives because horse owners don’t expect they could end up as meat.

“Horses often have many uses during their lives, from show rings to trail riding to therapy programs. Their lives should not end with an arduous journey to a terrifying death to be turned into an expensive and potentially toxic dinner.”

The petition requests that the FDA certify all horses and horse meat from American horses as “unqualified” for human consumption.

The groups said such an action would be especially timely, given that  in November  last year Congress authorized the inspection of horses for slaughter in America, which had been prohibited since 2006.

Businesses looking to start American horse slaughterhouses have been actively promoting horse meat, even though the animals were never intended to be food, the groups said.

“These businesses and their misguided investors are proceeding despite their awareness that virtually every US horse who ends up at slaughter has been exposed to a plethora of dangerous drugs, many of which are specifically outlawed for animals intended for food,” they said.

They argued that the FDA did not adequately regulate the flow of “potentially toxic meat”, despite the human health and animal welfare risks associated with it.

Their petition documents more than 110 examples of drugs and other substances which are or should be prohibited in food-producing horses. It describes the way in which horses die at slaughterhouses, and outlines the environmental problems caused by horse slaughter plants in local communities.

More than 100,000 American horses are sent to slaughter each year, mainly for consumption in Europe and Asia.