The South Florida SPCA has taken six horses, two cows and an emu into care in two rescues on Sunday.

The charity said it responded to a call from the Miami-Dade Police Department/South Regional Agricultural Patrol Section to rescue the animals.

It described the animals as emaciated.

Society president Jeanette Jordan says one horse, picked up stray at 14041 SW 197 Avenue, is injured and in a critical condition.

The other incident resulted in the impounding of eight other animals. A dead horse and cow were also found on the property, the charity said.

“Both of these incidents occurred just blocks away from the March 4 rescue when 11 horses and a dog were impounded,” Jordan said.

“In that incident, an additional eight horses were found dead on the property.”

She said the animals are now at the charity’s rescue ranch, where they are receiving food, water and medical care.

“In March alone, 26 horses have been police impounded and taken to the rescue ranch,” she said.

Jordan said with more than 60 horses in its care, the charity is in desperate need of donations and support from the community to continue operating at what she calls an unprecedented level. 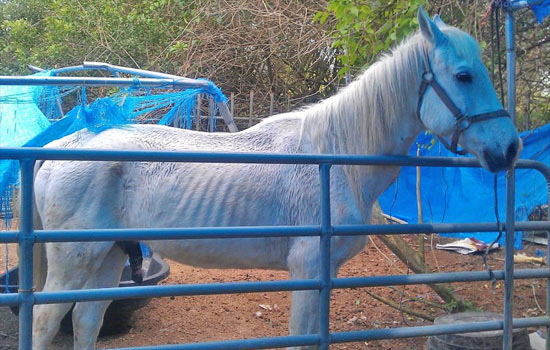 One thought on “Six horses, two cows and an emu rescued in Florida”