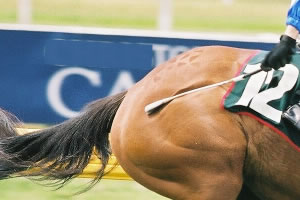 An Australian study using frame-by-frame analysis of whip use on racehorses has provided evidence of unacceptable use.

It is sure to add further weight to calls to end the use of whips in the racing industry, and highlight shortcomings around the use of padded whips.

The study, released by the University of Sydney, revealed the inability of stewards to adequately police Australian whip rules due to inferior technology.

It also provides evidence that the International Agreement on Breeding, Racing and Wagering, to which Australia is a signatory, has clearly been contravened.

The peer-reviewed study, published by the Public Library of Science, involved behavioural scientists assessing the area struck and the visual impact of padded whips when used on horses.

The study analysed 350 rider-horse interactions over 15 race finishes frame-by-frame using high-quality high-speed footage, which could be slowed down to reveal the precise moment a whip strikes a horse.

The filming was undertaken over two days last June at the Gosford races north of Sydney.

Footage analysis found at least 28 examples of apparent breaches of whip rules and said it highlighted the inability of stewards to effectively police the rules over whip use because of a lack of technology.

Veterinarian and University of Sydney Professor Paul McGreevy, who wrote the study, said the results showed the unacceptable use of padded whips in thoroughbred racing.

In 2009 the Australian Racing Board implemented rules around padded whips, with the intention that the padding absorbs the impact of the whip as it makes contact.

“Our analysis found that the unpadded section of the whip made contact on 64 per cent of impacts, demonstrating that padding the whip does not necessarily safeguard a horse from possible pain,” McGreevy said.

“We found that more than 75 per cent of the time the whip struck the horse in the abdomen [also known as the flank], which, according to the International Agreement on Breeding, Racing and Wagering, as well as the British Horseracing Authority, is unacceptable.

“This further highlights the need for Australia’s use of whips in racing to align with international best practice.

“We also observed the whip causing a visual indentation on the horse in 83 per cent of impacts, potentially causing localised trauma and tissue damage,” McGreevy said.

McGreevy, who is Professor of Animal Behaviour and Welfare at the University of Sydney and is recognised by the Royal College of Veterinary Surgeons as a specialist in veterinary behavioural medicine,  said the study also showed that stewards were not being provided with adequate tools to police Australian whip rules.

“While we had access to and were analysing high-quality, high-speed footage, we had to discard the data relating to nearly one-third of the jockeys’ arm actions because any resulting whip impact was obscured.

“Until stewards have access to cameras filming at 2000 frames per second from the inside, outside and head on, it is impossible for them to effectively police the rules surrounding whip use in thoroughbred racing.”

MrGreevy’s latest research follows a study he undertook which found that whipping racehorses was pointless and did not make a difference to the outcome of the race. Those findings were released a year ago.

RSPCA Australia chief scientist Dr Bidda Jones said McGreevy’s latest study results make it clear that the current Australian whip rules are neither effective nor enforceable and are in urgent need of review.

“This new study finds a number of serious problems with the current whip rules and their enforcement which are placing horses at serious risk of abuse,” Jones said.

“The RSPCA is calling for an end to the use of whips as a performance aid in thoroughbred racing and the use of hands and heels only.”

The Dean of the Faculty of Veterinary Science at the University of Sydney, Professor Rosanne Taylor, said the study showed how easily whips could be misused by riders, with evidence showing horses were regularly hit with unpadded parts of the whip.

It also showed how hard it was for horse whipping to be properly regulated in such a fast-paced environment, she said.

“Along with Professor McGreevy’s previous study on horse whipping, the scientific evidence of indentations, particularly when the whip hits sensitive regions of the abdomen, raises concern about current whipping practices, which are not in the best interests of the horses’ welfare,” Taylor said.

“These studies are a great example of how new scientific approaches to tackling unresolved questions can inform our interactions with animals and by improving our interactions, we can improve the animals’ performance and welfare.”

The Australian Jockeys Association said it opposed incorrect, unnecessary or excessive use of whips in racing.

“Animal welfare is paramount to jockeys and the overwhelming majority adhere to the strict rules around the use of whips,” it said in a statement. “Whip rules were strengthened as recently as 2009, and since then the riding style of Australian jockeys has changed markedly to accommodate them.

“Race stewards routinely enforce whip rules and jockeys in breach face harsh penalties in the form of fines and suspensions.

“Given the high incidence of death and disability in the jockey profession, whips are a useful tool of the trade as they increase the safety of riders by giving jockeys greater control and help to keep the horse focused.”