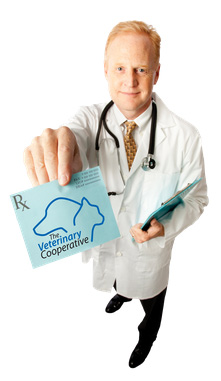 Independent veterinarians in the US have shown strong interest in a new co-operative aiming to provide them with the same buying power as corporate competitors.

The backers of The Veterinary Cooperative (TVC) hope to create what they call a level playing field, by countering inroads being made into profitability by internet sales and corporate players in the veterinary field.

“Recent trends in the industry — including the entry of Wal-Mart into the market for selling prescriptions for pets, and The Fairness to Pet Owners Act that would require veterinarians to provide written disclosure that they can fill a prescription off-site — threaten the ability of independent veterinarians to compete fairly,” Morris said.

Veterinary advisory officer for the company Don Holst said: “When the buzz got around the show that TVC is planning to expand the co-operative to at least 5000 members, allowing them to buy at the same pricing as big-box stores – companies like 1-800-PetMeds and the growing animal hospital groups like VCA and Banfield – we became inundated with inquiries.

“Painfully, independent veterinary practices are realizing that unless we find a way to fight back against business lost from growing corporate competition, we may see the independent practice become a small part of the animal hospital marketplace, shrinking our profits as well,” Holst said.

The co-operative, which will be owned by its independent veterinarian members, aims to improve patient care, provide strategic sourcing solutions, improve operations and service, simplify management and expand marketing capabilities for members.