Nestled amongst the richly-woven cultural tapestry that shapes our world, the Mustang horse oozes in globe-trotting appeal. While retracing the steps would be similar to elucidating the beginning of man, there is little doubt that the Mustang has come a long way in a relatively short amount of time.

Although you could argue that it was just a question of returning to lands once grazed, as horses lived in North America in prehistoric times, dying out at the end of the last ice age around 10-12,000 years ago possibly due to climate change or the impact of newly-arrived human hunters …

So in what could be an uncanny twist of fate, the horse, and in this case, the Mustang, was returned by the very hands that were instrumental in its demise in the first place. Interestingly, in light of the horse’s prehistoric existence in the Americas, many Native American myths and stories about the arrival of horses claimed that “the grass remembered” them.

It was thus in 1492 that Columbus sailed the ocean carrying horses in the holds of his ship – sleek, desert-bred, hardy little horses of Andalusian, Arabian and Barb ancestry. His efforts would be supplemented by many Conquistadores, namely Cortez in 1519, which would mark the beginning of the reintroduction of the horse into North America, soon to be known as the Mustang. 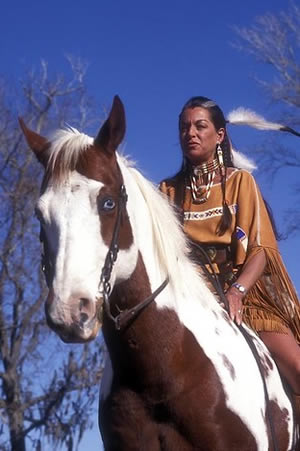 The English word “mustang” comes from the Mexican Spanish word mestengo, which was derived from the Spanish mesteño, meaning “stray” or “feral animal”. Indeed, although often referred to as wild horses, the free-roaming horses of North America are all descendants of domesticated animals which makes them feral rather than wild. A term which often causes debate – often implying that wild would invite greater protection whereas feral tends to connote the negative impact an introduced species may have in an environment. However, as we have seen, the horse was re-introduced, which on some level provides the Mustang with a touch of the wild and the feral. But what is in a word?

In fact, in historical times, the only horses who meet the definition of “wild,” in that they never had domesticated ancestors, were the Tarpan and the Przewalski’s horse. The Tarpan is now extinct, making the Przewalski the world’s last surviving wild horse.

Thus, as colonisation and the westward expansion of the 1800s went forth, so too did the evolution of the Mustang horse. In effect, horses belonging to explorers, traders and settlers that escaped or were purposely released joined the gene pool of Spanish-descended herds.

Highly prized by the Native Americans, the horses would go on to symbolise generations while substantially changing their way of life. They quickly adopted the horse as a primary means of transportation; horses replaced the dog as a travois puller and greatly improved success in battles, trade, and hunts, particularly buffalo hunts. Many tribes bred their horses carefully to improve them for their purposes. Among the most capable horse-breeding people of North America were the Comanche, the Shoshoni, and the Nez Perce. The latter in particular became master horse breeders and developed one of the first truly American breeds: the Appaloosa.

By 1900 North America had an estimated two million free-roaming horses. But since then, the mustang population has been reduced drastically. This was partly due to a number of issues which continue to plague the fate of the Mustang horse. Nonetheless, growing awareness to their decline led to the Wild Free-Roaming Horse and Burro Act of 1971 which coincided with the recognition of Mustangs as “living symbols of the historic and pioneer spirit of the West, which continue to contribute to the diversity of life forms within the Nation and enrich the lives of the American people.”

Not to mention an Olympic participation: A mustang named Don ridden by Major Henry Allan at the 1920 Olympics placed sixth in the showjumping.

Today, free-roaming horses have disappeared from 6 states and, according to the Bureau of Land Management (BLM), their remaining population is fewer than 25,000 with more than half of them in Nevada, with other significant populations in Montana, and Oregon. A few hundred free-roaming horses survive in Alberta and British Columbia.